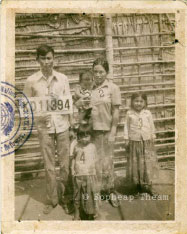 Eath Sao’s story«I went to steal corn in the fields and stepped all over bones and skeletons. One bony arm grabbed my foot. However, I wasn’t scared because I was so hungry. I could have eaten the whole corpse!» 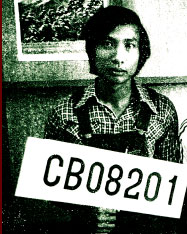 Kowith Kret’s story«I witnessed firsthand the overnight plunge of a peaceful Cambodia into the abyss as the country was dragged into hell. My family and other innocent Khmer people were forced to the countryside and put in the concentration camps…» Click here for video 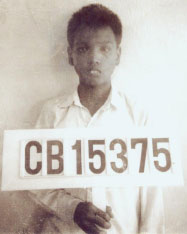 Sayon’s story«I remember seeing 30 or 40 kids on the military truck and thought it wouldn’t hurt to ride along.  I expected to return home before sunset...» Click here for video

Each year February 12th is set apart as Red Hand Day, a day to remember and speak out about the practice of forcing children to serve as soldiers in wars and armed conflicts worldwide. On that date in 2002, the United Nations General Assembly’s Optional Protocol to the Convention on the Rights of the Child on the Involvement of Children in Armed Conflict went into force.

Around the world, in at least 17 countries, an estimated 250,000 children are involved in armed conflicts. Some of these are as young as seven years old, and a third of them are girls.

Children are exploited in state-run armies, paramilitaries, and rebel groups. Coerced, enticed or abducted, these children serve as combatants, porters, spies, human mine detectors and sex slaves; their health and lives are endangered and their childhoods are sacrificed. (from WorldVision.org)

Red Hand Day is a call to action against this practice. Support for children who are affected by child conscription is set up and encouraged, world leaders are appealed to, and events are staged to bring attention to the problem. Rehabilitation for child-soldiers returned to their communities ranges from inadequate to non-existent.

©2021 The Gardner Documentary Group
email us