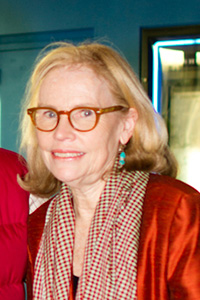 recently named a 2015 Guggenheim Fellow, is committed to giving history a human face. She founded the Gardner Documentary Group after having begun her career as a field producer, film editor and news writer with NBC, CBS and major newspapers such as the New York Times, Boston Globe and Cleveland Plain-Dealer.

Ms. Gardner’s extensive travels in southeast Asia resulted in a trilogy of award-winning Vietnam films: the Emmy-nominated A World Beneath the War (PBS/ Discovery Channels International 1997); Precious Cargo (produced in association with ITVS; PBS/ National Geographic Channels International, 2002); and Last Ghost of War, narrated by Kevin Kline (produced in association with the Center for Asian American Media with support from PBS; distributed by PBS International; broadcast internationally on Al Jazeera, VTV Vietnam and other outlets).

The Cambodian genocide became the subject of two more documentaries, beginning with Dancing Through Death: The Monkey, Magic and Madness of Cambodia (PBS/ STARTV 1999), the tale of Cambodian monkey dancers striving to rebuild their centuries-old tradition of storytelling after Asia’s most devastating holocaust.  Lost Child ~ Sayon’s Journey (presented by WNET/Thirteen for broadcast on PBS stations in 2015) is the compelling personal account of a former Khmer Rouge child soldier. It garnered a CINE Golden Eagle, three film festival awards and a Remi Award from WorldFest Houston.

In 2009, Ms. Gardner was drawn to film the little-known life story of one of the great inventors, industrialists, capitalists and philanthropists of the 19th century in Mechanic to Millionaire: The Peter Cooper Story. Funded in part by the National Endowment for the Humanities, it garnered a CINE Golden Eagle and continues to be broadcast on PBS stations nationwide.

Ms. Gardner’s documentaries have received national and international awards from the International Documentary Association, National Education Media Network, CINE, Casey Journalism Center, Society of Professional Journalists and their Deadline Club. She is an alumna of New York University's Graduate Institute of Film and Television (now Tisch School of the Arts) and Cooper Union. 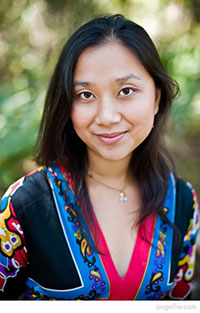 leads promotion and fundraising for Lost Child ~ Sayon's Journey in addition to her role as Co-Producer.  She has been particularly effective in reaching out to the Asian American community for screenings and film festivals.  Her promotional skills include graphic design and social media.

Born in Cambodia, Ms. Theam speaks conversational Khmer and serves as translator and liaison to the Cambodian community.  She runs youth sports camps as Program Director for Light of Cambodian Children and is also Manager and Consultant for the national exhibit of refugee transit photos, "More Than a Number." 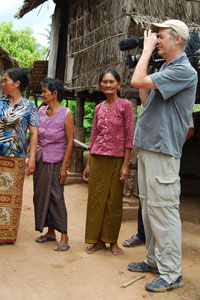 has distinguished himself in a career that spans more than twenty years in broadcast television and independent documentaries. A four-time Emmy Award winner, he has also been honored for his work for CBS's 60 Minutes, as well as Bill Moyers Journal and more recently Need to Know. He has worked and prospered in some of the most demanding news and documentary situations, from New York City to Mongolia and Haiti.

Mr. Cloutier has been collaborating since 1993 with The Gardner Documentary Group as Director of Photography on documentaries broadcast on PBS stations and worldwide. They include Lost Child ~ Sayon's Journey; Mechanic to Millionaire: The Peter Cooper Story; The Last Ghost of War; Precious Cargo; Siberian Dream; and Dancing Through Death. 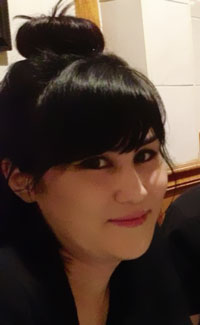 has worked on fundraising and image research for Lost Child ~ Sayon's Journey. On Mechanic to Millionaire: The Peter Cooper Story, she conducted archival research, cleared licensing rights, organized screenings and handled broadcast correspondence. She also assisted with grant writing, publicity, outreach and broadcast carriage for The Last Ghost of War.

Ms. Brooks received a BFA from Cooper Union School of Art and has exhibited nationally at The Snug Harbor Cultural Center, Momenta Art and The Oakland Asian Cultural Center.

©2021 The Gardner Documentary Group
email us