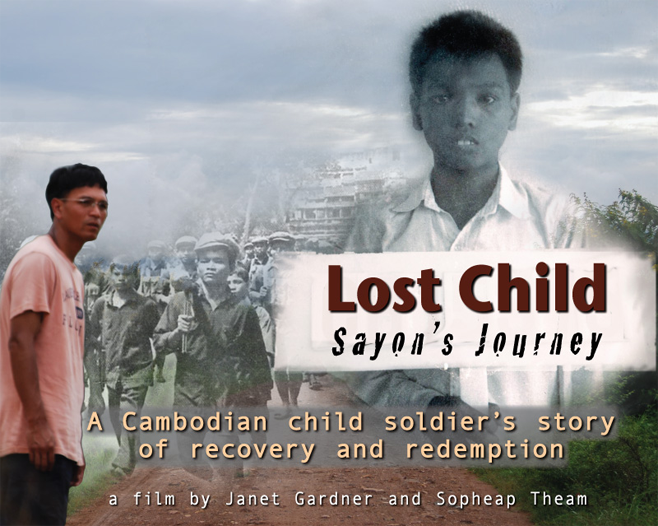 This film shows how one Khmer Rouge child soldier confronts his childhood experiences during Cambodia’s darkest hour, what he witnessed, and struggled with as he came of age.

Sayon Soeun was abducted at the age of six, exploited by the Khmer Rouge, his family life and education stolen. His recovery and redemption from unimaginable evil entails his transition from an orphanage in a refugee camp to adoption by a loving American family. After more than 35 years, he recently made contact with brothers and a sister he assumed were dead. The documentary follows his journey to heal himself by forgiving the family that let him slip away and forgiving himself for his complicity as a Khmer Rouge child soldier. 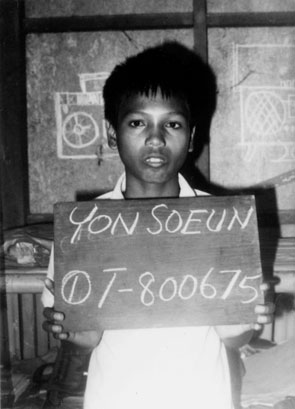 «I wanted to cry, I wanted to throw up, but I couldn’t. I would be killed if I showed any emotions.»

«I remember seeing 30-40 kids on a military truck and thought it wouldn’t hurt to ride along... I ended up at a place with lots of children.»

«During the second half of the day, we took guns apart and put them back together. In no time, I was an expert at it...»

«...rows and rows of shackled people were left under the 120 degree sun to die... Execution was a better choice because death came quicker.»

On February 4, 2015, Sayon Soeun was interviewed by the Observer Tribune newspaper of New Jersey about his experiences with the Khmer Rouge.  The article concludes with the following:

The most senior members of the Khmer Rouge were found guilty of genocide last year by the Khmer Rouge Tribunal, officially known as Extraordinary Chambers in the Courts of Cambodia.  Soon said the convictions helped with a semblance of closure.

"There is some sort of closure but not a feeling that justice was served," Soeun said.

Soeun said he hopes the film will draw attention to the use of child soldiers in the past and today.  The use of children as soldiers is not new and has not ended, as evidenced by recent news footage of a child pointing a gun at a hostage awaiting execution by ISIS Islamic militants.  The notorious Nigerian Islamist group Boko Haram also is known to force children into its army.

"World leaders haven't focused much on the issue of child soldiers," Soeun said.  "Many people still use children as soldiers."

Soeun has a construction business and has been involved with an organization, Light of Cambodian Children, that helps at-risk Cambodian kids.

A Statement by Sayon Soeun

The recent verdict for the two former Khmer Rouge leaders gives a sense of relief for many Khmer people.  For me, although I will never really know the truth of what happen, I can put it to rest and begin to build a brighter future.  I am hoping that young leaders around the world can learn from the past and prevent these kind of atrocities in the future!

For me, you can’t live in the present and build a better future without knowing your own past.

A Statement by Sopheap Theam, Co-Producer

This verdict may have brought justice and closure to many Cambodians, but it comes many generations too late.  The magnitude of the crimes is so huge, so horrific— I doubt any verdict would have been enough.  I think, for many Cambodian-Americans, this slow justice brought little consolation.

I too was born months after the fall of the Khmer Rouge regime.  And for nearly thirty-five years, I witnessed the struggles of my family, first generation immigrants in America. I think of my parents, especially my mom, who was forced to leave her country, separate from her own family and raise daughters in a foreign land—with minimal resources and little support.  I think of all her struggles during the regime—the pain she suffered,  the physical scars that are her daily reminder of that dark era, and the nightmares that visit her frequently.  I think of my brother-in-law, Sayon, who lost his innocent childhood when forced to be a Khmer Rouge child soldier, a war crime that was not even considered as part of this “landmark” trial.  Is this verdict enough? Our family—especially my mom and Sayon—has suffered such unforgettable losses that the sentence of life imprisonment, for all the crimes Khmer Rouge leaders such as Khieu Samphan and Nuon Chea committed against the approximately two million innocent Cambodian lives they took, is laughable.

I am just grateful that, through this film and the “More Than A Number” exhibit, we were able to let survivors tell their harrowing stories; also that, by making this film and sharing Sayon’s story, we are able to bring some attention to the plight of Cambodians—even decades after the regime. Everyone has a story. It is important that we know each other better and understand the struggles of others before any judgement is made. Only by knowing each other better can we  bring a little peace to the world.  And so, while I think the verdict from the Khmer Rouge Tribunal offers little solace to our family, at least I am comforted knowing that others would want to know more about those who survived—and we can, through "Lost Child” share a story that brings a deeper understanding of Cambodian-Americans and their trials and tribulations.